The quality control is carried out in close collaboration with the National Health Laboratory of Senegal. 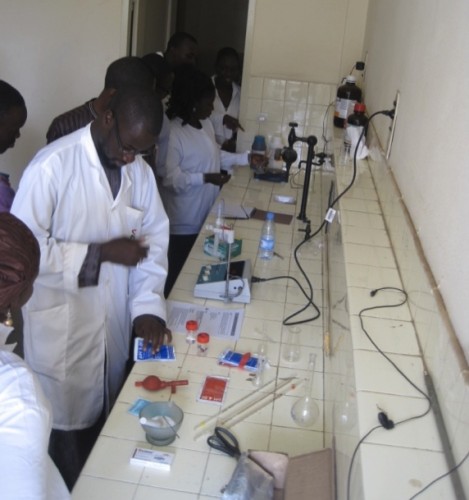 The goal of our mission at the Laboratory of Analytical Chemistry and Bromatology, Medicine and Pharmacy Department of the Cheikh
Anta DIOP University in Dakar is to provide training for Master and PhD students as well as to ensure a suitable follow-up of Doctoral theses in collaboration with the University of Geneva, Switzerland.
Since, two doctoral theses have been presented at Dakar University using this device. These have been successfully defended and the students have been graduated as PhD in Pharmacy.

The Republic of Senegal is a country in western Africa. It owes its name to the Sénégal River that borders it to the east and north. Senegal is externally bounded by the Atlantic Ocean to the west, Mauritania to the north, Mali to the east, and Guinea and Guinea-Bissau to the south; internally it almost completely surrounds. Senegal covers a land area of almost 197,000 square kilometers and has an estimated population of about 13 million. Dakar, the capital city of Senegal, is located at the westernmost tip of the country on the Cap-Vert peninsula.

In 2009, two dealers were sentenced to 4 months’ imprisonment and fined 800 euros. This sentence shows how determined the state of Senegal is to fight against illicit trade of medicines. This unofficial market is allegedly composed both of counterfeit products arriving in Senegal, and of genuine medicines stolen from pharmacies in order to be sold in the street. Dr Aboubakrine Sarr, the president of the “Syndicat autonome des pharmaciens privés du Sénégal” assesses that « these imports and resales outside pharmacies are estimated at approximately 12 millions euros. »

The project entailing UCAD was launched by Assane Diop, a pharmacist and former student at the Geneva-Lausanne School of Pharmacy. Assane Diop being aware of the huge drug counterfeit problem his country was about to face and rapidly contacted Pharmelp, in order to set up an ECB equipment at the UCAD. The project was set up within a year and the instrument installed in 2012.

Together with the “Ordre des pharmaciens”, we suggest to undertake a thorough examination of the situation prevailing in the country. A sampling plan of various drugs has been set up for each of the 14 regions of Senegal and for each sector involved (hospitals, community pharmacies, etc.). The collection will be carried out at random by the collecting pharmacist taking part in the project.

These drugs will then be analyzed within the framework of PhD theses at the University of Dakar and the results will be made public. This project should help the “Ordre des pharmaciens” fight better against counterfeit medicines and inform the population as to the safe supply places, thus excluding possible forgers.

Dr Seigne Omar Sarr will be the person in charge of this project. 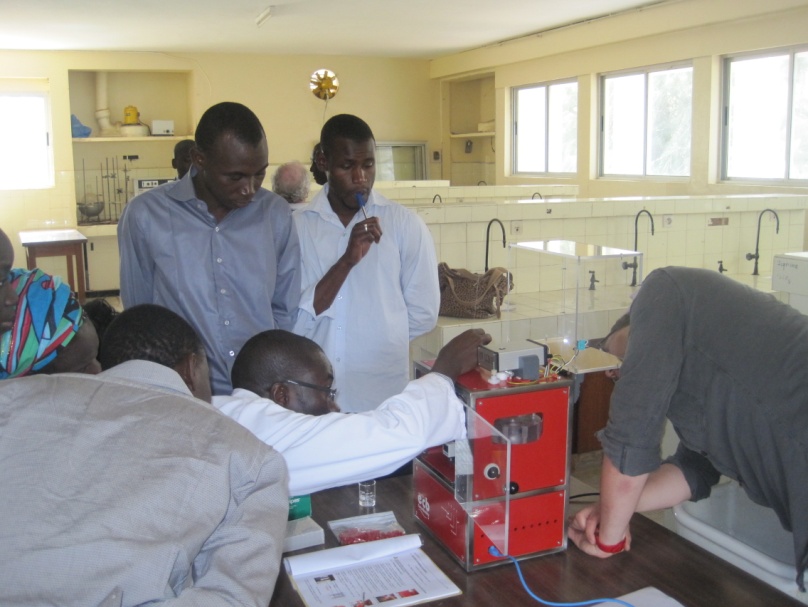 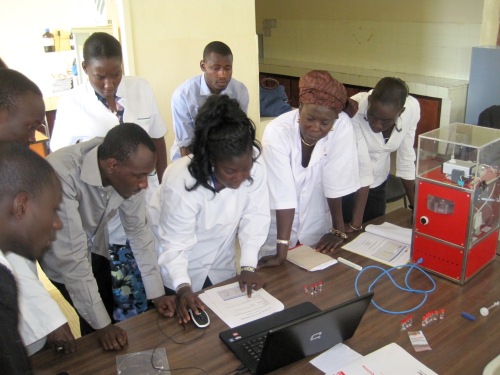 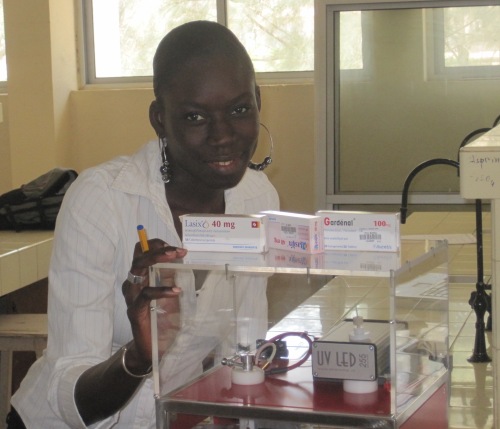