The purpose of this training was to explain to the participants why and how molecules are separated using this method and how certain parameters should be adjusted in order to optimize the separation and the analysis. The training, judged excellent, lasted 3 days. 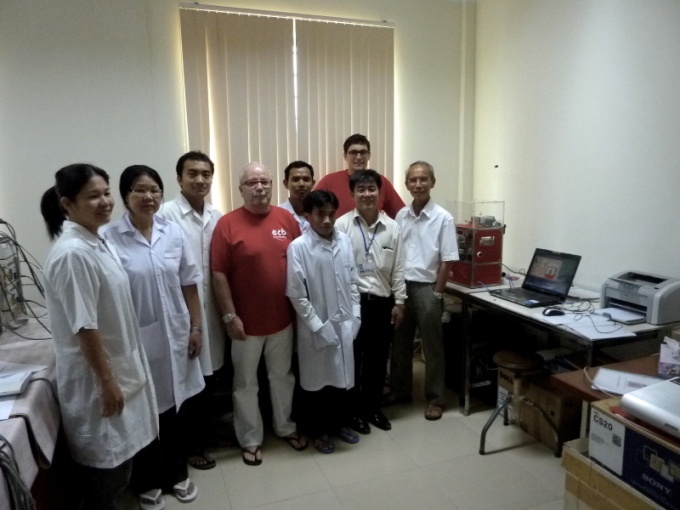 Our mission at the «National Health Product Quality Control Centre» in Phnom Penh had two areas of focus. Firstly, to provide a capillary electrophoresis instrument and a series of validated analytical methods. Secondly, to train a laboratory team to enable them to develop new methods on their own, especially in the field of antibiotics testing.

Cambodia, officially known as the Kingdom of Cambodia, is a country located in the southern portion of the Indochina Peninsula in Southeast Asia. With a total landmass of 181,035 square kilometers, it is bordered by Thailand to the northwest, Laos to the northeast, Vietnam to the east, and the Gulf of Thailand to the southwest.

With a population of over 14.8 million, Cambodia is the 68th most populous country in the world. The official religion is Theravada Buddhism, which is practiced by approximately 95% of the Cambodian population. The country’s minority groups include Vietnamese, Chinese, Chams and 30 various hill tribes. The capital and largest city is Phnom Penh; the political, economic, and cultural center of Cambodia.
In Cambodia, people can buy some prescribed medicines without a prescription from even a small grocery stand in remote areas. Unfortunately, few Cambodians can afford to buy medicine in pharmacies receiving supplies from controlled networks, often revolving around Europe. Medicines bought in pharmacies are indeed more expensive than those bought from the numerous street stalls, but the quality of the latter is uncertain. In April 2010, the Cambodian Ministry of Health announced that the previous 5 months had seen the enforced closure of nearly 65% of the illegal pharmacies operating in the country. Health officials said circulation of illegal medicines has dropped from 50% percent in 2010 to 18% percent in 2011.

This project was launched at Mr Ho’s request. Mr Ho is a pharmacist at the HUG as well as an external collaborator at the NHPQC in Phnom Penh. He agreed to take care of installing an ECB instrument in the laboratory centre run by Mrs Khuon Vilavann. Before our arrival, the whole staff had attended a theoretical course given by Mr Ho according to the information that he had received from us in Geneva. The aim of the project was to make the staff understand why and how molecules are separated by using this method, how practical laboratory gestures are related to the necessary adjustments of variables imposed by the physical phenomena of the separation and of the analysis. The training lasted 3 days and excellent results were achieved.

In our point of view, the mission was perfectly fulfilled. The Cambodian laboratory staff masters the ECB instrument provided. They are capable of properly carrying out analyses on targeted drugs according to the methods provided. They should be capable of distinguishing, according to the results obtained, between a medicine containing the proper dose and a counterfeit medicine either not containing the proper dose of active ingredients or even containing no active ingredients. Logistic help is provided by internet, e-mail or telephone.

On request, spare parts and small material may be sent when necessary. If required, the computer electrician should be capable of changing the electronic cards. 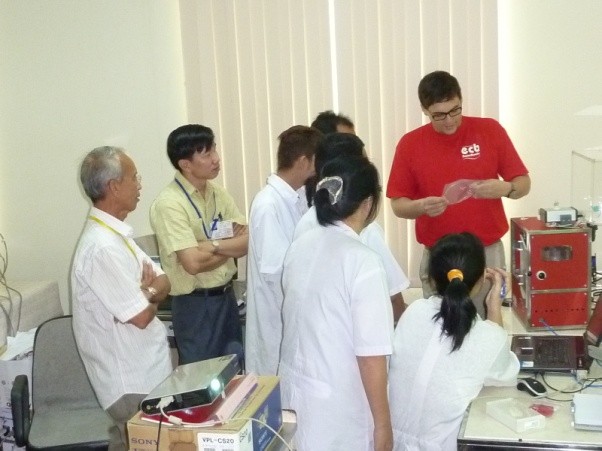 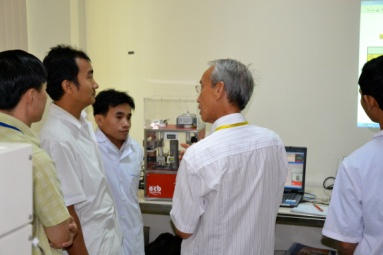