Our collaboration with the University of Liege and Prof. Roland Marini is going on. 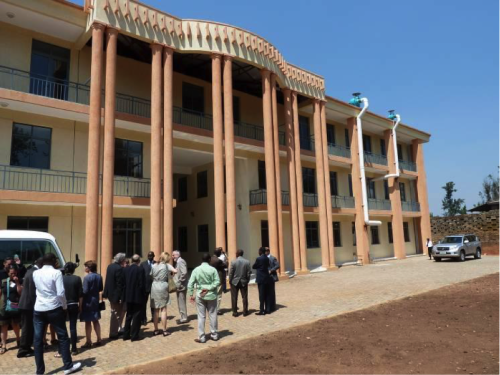 A training program in analytical chemistry has been provided to young Rwandan scientists within a project at the University of Butare and at the Analytical Laboratory of Foodstuffs, Medicines, Water and Toxics (LADAMET). A capillary electrophoresis instrument (ECB) is now installed at the National University of Rwanda, in a brand new building, which will be officially inaugurated in September 2015. It is used for training sessions as well as for the quality control of drug products at LADAMET.

Prof. Philipp Cotton, Principal of the College of Medicine and Health Sciences

The National University of Rwanda (NUR) in Butare

The Rwanda , officially known as the Republic of Rwanda (in Kinvarwanda, Repubulika y’u Rwanda and also named « the country of thousand hills »), is located in Central Africa. Rwanda has an area of 26,338 km2 and is located in the Afrikan Great Lakes region. It is bordered by Uganda to the north, Tanzania to the east, Burundi to the south and the Democratic Republic of the Congo to the west. The capital, Kigali, is located near the centre of Rwanda.

Rwanda, the so called « country of thousand hills », is bordered by a high volcano chain (3,500 to 4,500 meters) to the north, by the Akagera swamps to the east, by the Bugesera swamps to the south-east, by the Nyungwe Forest to the south-west where the source of the Nile is located and by the huge Lake Kivu to the west. Rwanda is part of the African Great Lakes region.

The capital, Kigali, is 1,400 meters above sea level and the major part of the country is located above this level. Although located on the equator line, Rwanda has a very pleasant climate because of its high elevation. Temperature range is between 18 and 20 °C, even less in some mountains areas.

Rwandans speak Kinvarwanda. They are used to live in the hills area.

The National University of Rwanda (NUR) was established in 1963 by the government in cooperation with the Congregation of the Dominicans from the Province of Quebec (Canada). Its founder and first rector was Father  Georges-Henri Lévesque. At that time, NUR had three divisions: the Faculty of Medicine, the Faculty of Social Sciences and a Teacher Training College.

Since 2005, Sciences, Technology and Humanities curricula are mostly given in French and the use of English is increasing.

Due to the growing threat of fake medicines to public health, the Rwanda National Police has set up a unit in charge of fighting counterfeit and illicit pharmaceuticals which are manufactured locally or imported illegally.

On February 5, 2015, the Rwanda police have scheduled a training workshop in Kacyiru with 15 officers and 10 civilians bringing together their skills and knowledge in order to detect efficiently fake medicines. Interpol trainers were part of this training, as well as member of the French Gendarmerie.

This unit will be in charge of fighting against counterfeit pharmaceuticals and also all kinds of fakes such as materials, electronics and pesticides. As soon as this unit will be active, it will lead operations in the entry and exit points of the country, warehouses, supermarkets, healthcare centres and pharmacies.

Rwanda shows therefore its willingness to tackle counterfeiting circulating in the country and especially pharmaceutical crime. 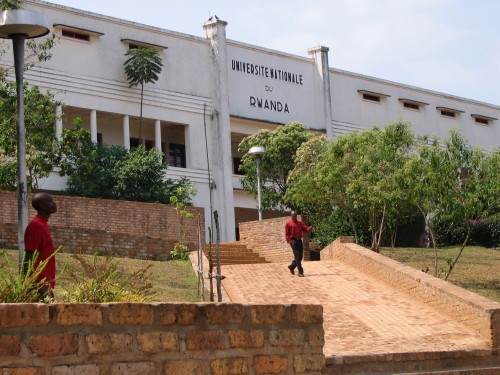